Nominations Period Opening for the 2016 Aurora Prize for Awakening Humanity 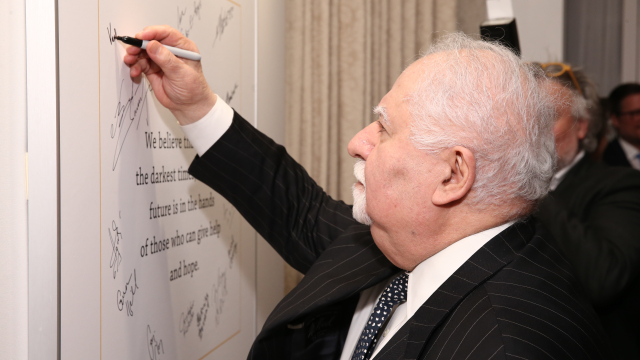 Vartan Gregorian signs the 100 LIVES pledge wall at the launch event in March. (Photo by Neilson Barnard/Getty Images for 100 LIVES)

Aurora Prize for Awakening Humanity to Recognize Individuals Whose Exceptional Acts Have Helped to Save Others; Selection Committee Chaired by George Clooney and Nobel Laureate Elie Wiesel

Nominations are open for the Aurora Prize for Awakening Humanity, a new annual international humanitarian award to be given to a person or a group of people who put themselves at risk to enable others to survive. 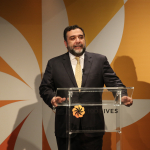 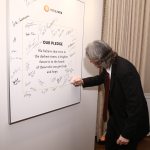 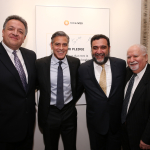 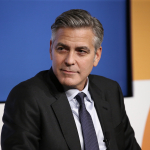 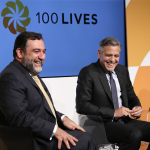 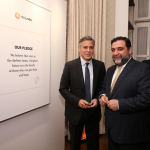 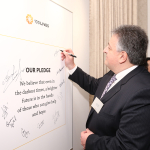 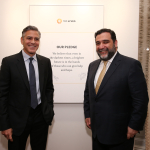 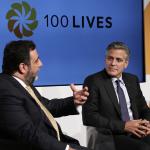 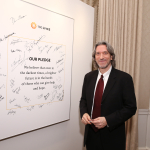 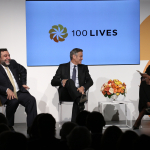 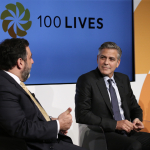 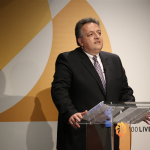 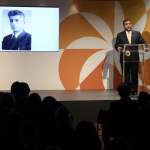 From July to October, a designated portal on www.100Lives.com/Prize will allow individuals to submit nominations for candidates they believe have overcome great personal challenges to make an exceptional impact on preserving human life and advancing humanitarian causes.

To evaluate the submitted nominations, the Aurora Prize has gathered together an acclaimed group of people to serve on its Selection Committee, including Nobel Laureates Elie Wiesel, Oscar Arias, Shirin Ebadi and Leymah Gbowee; former President of Ireland Mary Robinson; human rights activist Hina Jilani; former Australian Foreign Minister and President and CEO of the International Crisis Group Gareth Evans; President of the Carnegie Corporation of New York Vartan Gregorian; and Academy Award-winning actor and humanitarian George Clooney. All of them are accomplished in a diverse range of fields, but are united in their commitment to the principles of humanitarianism.

“We are calling for nominations of lesser known yet inspirational stories of courage and intervention,” said Aurora Prize Co-Founder, Ruben Vardanyan, an Armenia-born philanthropist. “We want to honor those who risk their own safety because of a heightened sense of humanity and responsibility and support life-saving causes in a tangible way.”

The Aurora Prize is the philanthropic vision of Vartan Gregorian, Noubar Afeyan and Ruben Vardanyan, the co-founders of 100 LIVES, an initiative expressing gratitude to the individuals and institutions whose heroic actions saved Armenian lives during the Genocide 100 years ago. 100 LIVES seeks to share remarkable stories of saviors and survivors and celebrate the strength of the human spirit. Together they are seeking to build a humanitarian movement by drawing attention to the issues faced by the world's most vulnerable and reward individuals and organizations that work to address those issues in a  substantial and consequential manner.

“Sadly, tragic issues and events continue to plague the world’s populations,” said Aurora Prize Co-Chair George Clooney. “This Prize seeks to draw the world’s attention to some of the remarkable efforts being undertaken to help save the world's most vulnerable from humanitarian crises happening around the globe.”

The winner will be honored with a US$100,000 award, as well as a US$1,000,000 grant to be donated to a charitable organization that inspired their work. This is consistent with the spirit of the Prize and allows the recipient to continue the cycle of giving. Nominations may span a broad range of sectors in the non-profit field, including economic development, public health, law, government and education.

“The Aurora Prize is designed to make a real difference to the causes that motivate people to risk their health, liberty, reputation, or livelihood to help others to survive and thrive,” said Aurora Prize Co-Chair Elie Wiesel. ”What distinguishes this Prize from others is the legacy this award will create through investing in the organizations that inspire acts of humanity.”

Mr. Clooney will present the inaugural Aurora Prize to the winning recipient during a ceremony to be held April 24, 2016 in Yerevan, Armenia.

Nominations can be submitted from July to October 1, 2015 at www.100Lives.com/Prize

The Aurora Prize has been developed as part of the 100 LIVES initiative, which is rooted in the inspiring stories of courage and survival in the Armenian Genocide. The Armenians who survived did so because of the courage displayed by others.  A century later, 100 LIVES seeks to express gratitude, to share remarkable stories of survivors and their saviors, and to celebrate the strength of the human spirit. The actions of 100 LIVES will help to inspire others to stop, to think about those who have helped them during a crisis, and to express gratitude by doing something in return.

About the Aurora Prize for Awakening Humanity

The Aurora Prize for Awakening Humanity is a new global award that will be given annually to people who put themselves at risk to enable others to survive.

Recipients will be recognized for the exceptional impact their actions have made on preserving human life and advancing humanitarian causes, having overcome significant challenges along the way. Every year the winners will be honored with a $100,000 award as well as the unique ability to continue the cycle of giving by nominating an organization which inspired their work and is consistent with the spirit of the Prize, for a $1,000,000 grant.

The Aurora Prize is designed to further the causes that motivate people to risk their health, freedom, reputation or livelihood by voluntarily carrying out acts that enable others to survive and thrive.

The Aurora Prize will be awarded annually on April 24 of each year in Yerevan, Armenia.